Waha Capital’s net profit sky-rocketed during 2014 from Dh 306.4 million at the end of 2013 to Dh 1.73 billion at the end of 2014.  That’s a whopping 465 percent increase in just one year.  The primary factor contributing to this record annual profit is because of the dividends from the New York-listed airline leasing company AerCap.  As a result of this tremendous success the board suggested a cash dividend of 25 fils per share.  This was a 100% increase from 2013 dividends and applauded by analysts.  National Bank of Abu Dhabi’s senior analyst Sanyalak Manibhandu said, “The dividend payment is something that everyone will appreciate coming through, and will boost confidence in management”.

One member of the management team had this to say about the growth, “Waha Capital has delivered an exceptional year, in which we have produced a 51% return on equity”.  All of these positive developments bode well for the future of emirates holdings.  As the company continues to see growth it will be in an advantageous position to make the most of future investment opportunities that arise.

Currently the company is in the midst of a buy-back program which has so far acquired 30.2 million shares.  The program will end later this year on October 19th.  As a result of the recent success the company is planning to invest another Dh 3.2 billion into growing its infrastructure, healthcare and energy portfolio.  Hussain al Nowais has spoken extensively before this about the importance of investment in emirates holdings and the positive influences and culture it will develop.

Waha Capital decided to demonstrate this by creating a new unit in May to put its future energy sector investments into.  It has invested itself up to a 20.15% stake in the Dubai oil and gas company, National Petroleum Services.  The company’s customer base continues to grow currently with over 164,000 clients now.  Without a doubt this is one of the top U.A.E. companies to keep an eye on in the near future.

Hussain al Nowais has announced the Khalifa Fund for Enterprise Development (KFED) will be launching its program online and will be expanding it this year.  The Khalifa Fund’s aim is to foster the growth of a new generation of Emirati entrepreneurs by cultivating an enriching culture of investment amongst young people.  The fund will also provide supporting services to small and medium sized businesses that are developing in the Emirate.  This support for SME’s should provide them with the fertile ground necessary for competitive growth.  The culture this creates will hopefully be one of sustainable growth and innovation that contributes to Abu Dhabi’s economic and social development.

During the discussion titled “From Investment to Innovation” Hussain al Nowais discussed how he hopes the Khalifa Fund will help emirates holdings by partnering with education, development and investment institutions.  Currently the Fund is developing frameworks for those SMEs which will go into incubation and what the best course of action is.  The Khalifa Fund hopes to help bring all of Abu Dhabi and the U.A.E.’s systems online within the next two years or so to help it keep up with their rapid growth.

Hussain Al Nowais emphasized the need for government to build and strengthen the knowledge capital to facilitate the process of transition to a knowledge-based economy through coping with the development, growth and investment center and continuing in the development of human capital and the development of the curricula of the education and support of information and communication technology sector.  Also, increase the investments in infrastructure either through investment in optical fibers or increase number of receiving towers in order to increase the coverage and internet speed. 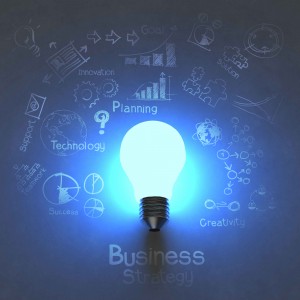 Abu Dhabi has made a particularly strong effort in developing electronic technologies in order to improve the quality of government services provided and improve the exchange of information electronically.  So far the government has over 1,200 of its services available electronically has launched over 52 government applications.  These are the underpinnings according to Hussain al Nowais that are necessary for creating a stronger emirates holding along with political stability, religious tolerance and freedom of expression.

There are already 514 companies registered for the Khalifa Fund and benefitting from either or both the financial and non-financial services.  This Fund’s aim is to create a gateway that will help push the U.A.E. farther forward and make it an information and science capital in the Middle East.  Since the Fund’s launch in 2013 it has added over 1,500 pieces of content in English and Arabic regarding research and has created numerous success stories out of small and medium enterprises.