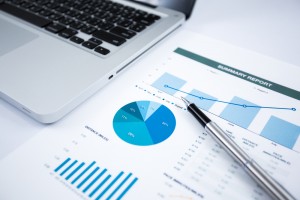 Waha Capital’s chairman, Hussain Al Nowais, announced the net profits following a board meeting in Abu Dhabi alongside the CEO and Managing Director Salem Rashid Al Noaimi. The CEO stated that the investment company is in a strong financial position that allows them to focus on the growth and diversification of their assets. Additionally, their investment team is said to be assessing new investment opportunities to deploy capital in the following sectors:

On top of that, the CEO mentioned that Waha Capital plans to market their public equities and credit fund to regional investors, which will launch a new fee-generating business.

Like mentioned above, Waha Capital recorded large earnings from their key portfolio investments. AerCap reported a net profit of $914.5 million during the first nine months of 2015, in which Waha Capital holds a 13.6 percent stake in the company. The 2015 profits from AerCap is a 78.5 percent increase over the same period from 2014 and earnings per share saw a growth of 41.9 percent. The rise in profit stems from numerous signed lease agreements of 216 aircrafts and the sale/part-out transactions of 55 aircrafts.

Dunia Finance, in which Waha Capital owns a 25 percent stake, reported a net income of AED 165.9 million during the first nine months of 2015, which accounts for a 25 percent increase over 2014. The growth resonates from a rise in their customer base as the demand consumer financing increases. Dunia Finance also experienced a strong surge in customer deposits of AED 1.1 billion as of September 2015. Lastly, the Capital Markets Division of Waha Capital earned an income of AED 167.4 million and launched equities and fixed income funds during the fourth quarter of 2015.