Waha Capital, based in Abu Dhabi, is an investment company that offers a range of attractive opportunities to institutional investors. Waha Capital recently reported a net profit of Dh349 million for the first half of 2015. Key portfolio assets helped drive the results, including AerCap Holdings, Dunia Group, and the company’s Capital Markets division. This increase in net profit can be attributed to company’s strategy to invest in some of the fastest growing sectors of the economy. 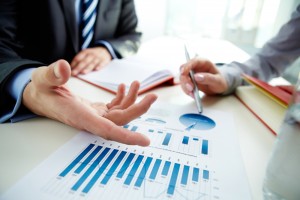 The investment company’s net profit for the first half of 2015 of Dh349 million was 224% higher than an adjusted net profit of Dh107.8 million in the first half of 2014. This was after taking out net non-recurring adjustments, primarily due to the one-off gain that the company recorded that year after unlocking part of the value from its stake in AerCap Holdings.

The company stated that the first half net profit also represents a 182% increase compared to the net profit recorded in the first half of 2013, which was Dh123.7 million. In the second quarter of 2015, Waha Capital recorded a profit of Dh166.9 million.

Waha Capital continue to benefit from an increase in earnings per share at AerCap Holdings. AerCap reported a first-half net profit of $621 million – a 249%increase from a year prior. Earnings per share rised from $1.28 to $2.95 per share, an increase of 130%, after the company acquired International Lease Finance Corporation in May 2014. Furthermore, Dunia Finance recorded a net income of Dh119.6 million for the first half of 2015, which was a 44.7% year-on-year rise. Low interest rates continue to drive consumer demand.

The Capital Markets Division of Waha Capital’s net profit was Dh138.6 million in the first half of 2015. The company launched equities and fixed income funds, which will be offered to third-party investors later this year.

It is important for governments and societies to build from the bottom up.  A strong foundation is what leads to success in any aspect of life, whether it’s constructing a building or training for a sport.  We have to learn to crawl before we can walk, and walk before we run.  A good foundation, when it comes to the economy, means having diversity and strong, long term sustainable jobs.

Saudi Arabia has realized the truth to such an economic foundation, which is why the UAE cabinet endorsed the National Programme for Small and Medium Enterprises (SMEs).   This program will provide a major boost in support for SMEs across the country.  The current success rate of SMEs sits between 25-30%, but analysts are predicting the new program could increase that rate to 50%.

The program is aimed at providing readily available expertise for SMEs and will help provide technical support through local and federal governments.  With SMEs having access to more technology, expertise and tools they are more likely to make better decisions and have workers who are more productive and capable, all major boons for their respective sector.

This push is the latest step in the government’s effort to continue its diversification away from oil.  For most Middle Eastern countries, oil has been the leading industry for economic output and has been what’s kept many of them afloat.  This strategy has proven dangerous and unstable for the future though.  The recent development of fracking technology has created renewed drilling and opened up locked away oil reserves across the U.S.  This created an oil glut which has forced the prices of oil to drop and has reduced revenue for Middle Eastern countries.

The future also holds advancements and increasing implementation of green technology, which means the demand for oil in the long run, will eventually start to decline.  Hussain Al Nowais has cares deeply about the success of the UAE future, thus he created the Khalifa Fund for Abu Dhabi which has been a smaller version of what the new National Programme will do.

The aim of the government is to bring the contribution of SMEs to 70% of non-oil based GDP by 2021.  It will be interesting to see if other countries in the region follow the UAE’s diversification practices or stick to oil.